Real words from lived experience of Family Based Treatment

You are here:
Eating Disorders 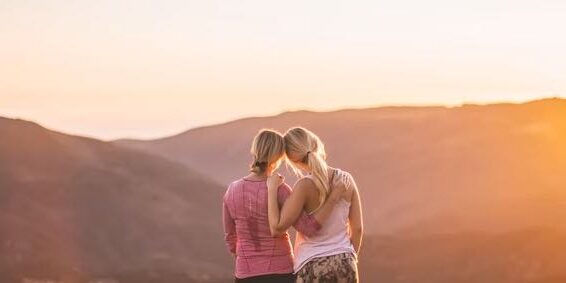 Article: “I’m still here but no one hears you” A qualitative study of young women’s experiences of persistent distress post family-based treatment for adolescent anorexia nervosa.

Family-based treatment (FBT) is the current treatment of choice for adolescent AN. This handout includes comments from individuals and their family, of their lived experience throughout undertaking Maudsley Family Based Treatment.

Theme: Focus on the visible

“The first few months were extremely distressing […] Knowing that I had no control whatsoever. [Later in interview] it was sort of down to business, let’s do this as quick as possible to get your life back.

“It was helpful…that saved my life. 100%. Going to that first appointment, they put me on eating plan. […] I’m glad that they got someone to be my eyes in that sense because I would not be here today”.

“The whole control aspect, it was, my parents had full control which made me feel real safe.”

It [meals] just ended up being hard, plates smashed, tables turned, punching, kicking and screaming, […] and then at the end of the time and it’d be like four hours later and we’d both be exhausted; no food would’ve been eaten.

[…] I didn’t know who to listen to or who to follow (my parents or my urges) and so those were the destructive ways I dealt with them. For my parents, they wouldn’t have known why I was acting out either, as I couldn’t verbalise what was happening internally. So they responded to my outburst with screaming and anger and physical restraint towards me because I assume in their eyes, I was just being difficult about eating. Their reaction made the stress in my head even worse and made me even more suicidal, but I don’t blame them for how they responded.

Theme: Advocating for the adolescent

[…] in comparison to me going alone to therapy, my parents are actually getting an insight of where I’m at, […] the therapist, just to bounce off what I’ve said, from her conclusion, and what she feels is okay and what’s not okay, and um just I guess, in my best interests, what I should be doing, for her then to talk to my parents about it. Like that was—that was good.

[…] it taught them a lot about the tricks and the way that I was managing my eating disorder and keeping up with hiding food and water loading and making sure that I’d gained such and such amount of weight before the next appointment, […] and how it manifested itself in different ways, and different habits, and so then they were then able to become a lot more on top of it.

Theme: Externalisation of the illness

[…] as I was restoring weight and as I was getting better and given more privileges and so on that I got to really find out who I was. […] they made us draw a Venn diagram with two circles. And they named one side “Phoenix” and one side anorexia and then throughout treatment they would make me draw where I thought the circles were overlapping and there was definitely a correlation between the distance of those circles and the amount of weight I restored. As I got healthier, the circles grew further apart and anorexia was separated from me

The anorexia. This is me genuinely saying something to you. Um, and also just for my own identity, um, and seeing the shift and the balance go. Like my identity increase and that decrease um, that was, that was really helpful. But mainly it was expressing my opinion to others that it was most, most helpful.

I was just infuriated that, you know, I’m trying to say something or have a conversation with my mum, and she’s referring to like anorexia and not Charlotte, telling Charlotte to come back whenever. Um, and I was like, “No, listen, like listen to me. I’m trying to tell you something”—that was very difficult—I’ve never really used that separation terminology until probably now, […] my eating disorder was me, […] That was my talent, that was what I was good at, that’s what I excelled in because I’d lost a lot of my identity, so I felt that that was my identity. So when—when people would refer to not say that they were talking to Charlotte I’d be like, “Are you kidding me?” But now I can see that that’s different and I can see the difference.

Theme: Life is worth saving – No one is going to give up on me

I think I don’t want to forget um, (pause), ah how much care I have seen shine through people in this, like my parents have been supportive the whole time and shows how great they are.

My parents are really good with supporting me. They keep reassuring me that it’s okay. Like, if I’m struggling, they’ll be really understanding, and they won’t force me to do anything that I don’t want to do. But they will—they will encourage me.

[…] even though I was really angry and did not want to eat anything, mum would still just sit me down and wait

[…] your parents do try to—they try their best to like understand what you’re going through but it’s difficult for them to do that.

[…] how hard it must have been for my parents and how—what a good job they did to persevere and get me to where I am today.

Theme: The significance of parents

[…] my parents […] were always there telling me that I would get through this and that I was a strong person and—and that no one was ever going to give up on me.

Oh, she’s [Mum] just awesome! Like, she is always advocating for my best interest.

I don’t want to forget that even though, ah, it was very, very traumatising for me, um, that I still have my family and they still stand by me and I stand by them, and even though we went through such a terrible and awful time, um, we still love each other and have each other’s backs during the worst and best periods of our lives. That’s what I—what I wouldn’t want to forget”.

Accept the changes that are necessary because ultimately, at the end of the day, people just care about you and they care so much about you that they’re going to put you through this. And it’s going to be hard, it’s going to be really hard, but as soon as you come out the other side and start living your life again and being healthy, the thoughts go away.

This article provides powerful insight into the adolescent and family experience of undergoing Maudsley Family Based Therapy. Our trained Maudsley Clinicians understand that each individual and their family will have their own unique experience and no two journeys toward recovery are the same. If you would like to know more about this model or would like to work with us, please contact our client care coordinators on 02 4362 3443 or contact us via the contact page.

The first step is always challenging: Finding the confidence to call Myrtle Oak Clinic
May 9, 2022

Why is my mood so low? The link between restriction and mood
May 6, 2022

Coping with feelings of Guilt during Recovery 2
February 7, 2022

‘This affects me too’. The impact of eating disorders on siblings.
February 7, 2022